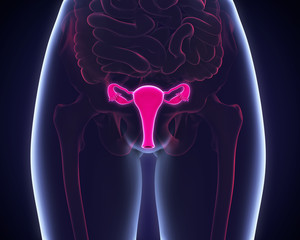 All women are at risk for cervical cancer. It occurs most often in women over age 30. Cervical cancer is most frequently diagnosed in women between the ages of 35 and 44 with the average age at diagnosis being 50. It rarely develops in women younger than 20. Many older women do not realize that the risk of developing cervical cancer is still present as they age.

Cervical cancer begins when healthy cells in the cervix develop changes (mutations) in their DNA. A cell’s DNA contains the instructions that tell a cell what to do.

Healthy cells grow and multiply at a set rate, eventually dying at a set time. The mutations tell the cells to grow and multiply out of control, and they don’t die. The accumulating abnormal cells form a mass (tumor). Cancer cells invade nearby tissues and can break off from a tumor to spread (metastasize) elsewhere in the body.

It isn’t clear what causes cervical cancer, but it’s certain that HPV plays a role. HPV is very common, and most people with the virus never develop cancer. This means other factors — such as your environment or your lifestyle choices — also determine whether you’ll develop cervical cancer.

Sometimes, both types of cells are involved in cervical cancer. Very rarely, cancer occurs in other cells in the cervix.