Nutrition Goals when Living with Cancer 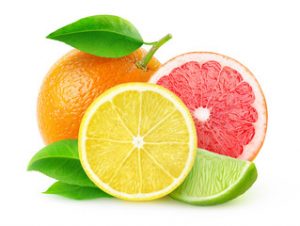 There are three main nutritional goals for someone living with cancer.

1) To maintain a healthy bodyweight

While it may be overwhelming to administer radical alterations in food choices, it’s got to be understood that if one refuses to make substantive modifications in their lifestyle, everything will stay the same; hence, one’s cancer risk and the potential for recurrence will remain unaltered.

According to the World Health Organization (WHO), overweight and obesity are defined as abnormal or excessive fat accumulation that presents a risk to health. A crude population measure of obesity is the body mass index (BMI), a person’s weight (in kilograms) divided by the square of his or her height (in meters). A person with a BMI of 30 or more is generally considered obese. A person with a BMI equal to or more than 25 is considered overweight. Within the overweight population, 600 million adults and 150 million children have body mass index numbers above 30. In the UK, being overweight/obese is the biggest cause of cancer after smoking, according to Cancer Research UK. According to the Centers for Disease Control (CDC), overweight/obesity account for 40% of all cancers in the United States. 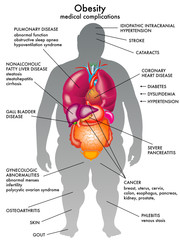 About 2.2 billion people around the world are either overweight or obese, and it is leading to health problems and a rising number of deaths, according to The Global Burden of Disease Study. About 2,300 researchers from 133 countries collaborated on the report, which was funded by the Bill and Melinda Gates Foundation and overseen by the Institute for Health Metrics and Evaluation at the University of Washington. The United States had the highest percentage of obese children and young adults at nearly 13 percent, but Egypt had the highest number of adults at 35 percent. Bangladesh had the lowest rates of obese children, and Vietnam the lowest number of adults – in both cases the percentage hovers around 1 percent. The frequency of obesity has doubled in more than 70 countries since 1980, the study said.

Researchers predict that at the current rise in the incidence of obesity, cancer rates may escalate by 50 percent by the year 2020.  The premise is that being significantly overweight and inactive produces dramatic hormonal and metabolic changes that create the optimum environment for the onset and proliferation of cancer cells.  Simply put, the secret to effective and sustained weight control is a five-part process.

Achieving and maintaining a healthy body weight is an essential component of cancer prevention and treatment.  Gradually reducing body fat and keeping it off is a strong step in the direction to help protect against cancer and assist in its treatment. Although every cancer patient requires an individual nutritional and therapeutic protocol, there are some important general guidelines which may give the body the best chance of preventing or recovering from cancer or other debilitating degenerative diseases.

Dietary supplements are secondary to a sound diet plan because we can’t guarantee that even the best diet offers the optimum nutrients our bodies need.  Depleted soils, environmental toxins, impure water, physical demands and psychological stresses heighten our nutritional requirements.

The following few supplements are some of the key recommendations which may significantly reduce the risk of cancer:

The Natural Nutrition Coach Certificate program through our partner, MedeXN Fitness Institute, is designed to teach you the principles of healthy eating and individualized nutrition. Every person’s body is unique. However, the basic principles of eating healthy, whole foods apply to everyone. This course provides a foundation for implementing a natural foods diet as a primary modality in the pursuit of health and the prevention of chronic disease. It is the perfect addition to a Cancer Exercise Specialists business!