There were 296,851 new cases and approximately 241,037 deaths worldwide in 2018.  Roughly 2/3 of all brain tumors are benign (non-cancerous). While a non-cancerous lesion would not be alarming in most parts of the body, the skull provides no room to accommodate any additional mass. Therefore, even benign growths can potentiate life-threatening neurological damage, depending on their location. The tumor can interfere with whatever functions that area of the brain controls; speech, movement, and cognitive abilities, just to name a few. If the tumor puts enough pressure on one of the intracranial blood vessels, blood flow to the brain could be blocked, triggering the equivalent of a stroke. The location of the tumor will determine whether it can be removed surgically.

This article is an excerpt from the Module 1 Handbook in the Cancer Exercise Specialist Advanced Qualification course.  Check out the free course preview.

Symptoms of brain cancer include new onset or change in behavior of headaches, headaches that gradually become more frequent and severe, unexplained nausea or vomiting, vision problems, loss of sensation or movement in an arm or leg, difficulty with balance, difficulty with speech, confusion, personality changes, seizures, and hearing problems.

There are basically two types of brain cancers; those which start in the brain, and those that metastasize to the brain from cancer in some other part of the body. Those that start in the brain are referred to as primary brain tumors, while those that metastasize to the brain are referred to as secondary brain tumors. Another serious condition can result from the tumor impeding the normal flow of cerebrospinal fluid, causing it to build up and the brain to swell. This condition is called hydrocephalus. It increases the intracranial pressure which will ultimately damage the fragile brain tissue.

Neurofibromatosis type 1 (NF1) is a genetic disorder also known as von Recklinghausen disease, and is the most common syndrome linked to brain or spinal cord tumors. People with this condition have higher risks of schwannomas, meningiomas, and certain types of gliomas, as well as neurofibromas (benign tumors of peripheral nerves). Changes in the NF1 gene cause this disorder. These changes are inherited from a parent in about half of all cases. In the other half, the NF1 gene changes occur before birth in people whose parents did not have this condition. Neurofibromatosis type 2 (NF2) is much less common than NF1, is associated with vestibular schwannomas (acoustic neuromas), which almost always occur on both sides of the head. It is also linked with an increased risk of meningiomas or spinal cord ependymomas. Changes in the NF2 gene are responsible for neurofibromatosis type 2. Like NF1, the gene changes are inherited in about half of cases or may occur before birth in children without a family history. People with Tuberous sclerosis may have subependymal giant cell astrocytomas (SEGAs), which are low-grade astrocytomas that develop beneath the ependymal cells of the ventricles). They may also have other benign tumors of the brain, skin, heart, kidneys, and other organs. This condition is caused by changes in either the TSC1 or theTSC2 gene. These gene changes can be inherited from a parent, but most often they develop in people without a family history.

People with Von Hippel-Lindau disease tend to develop benign or cancerous tumors in different parts of the body, including hemangioblastomas (blood vessel tumors) in the brain, spinal cord, or retina, as well as tumors of the inner ear, kidney, adrenal gland, and pancreas. It is caused by changes in the VHL gene. Most often the gene changes are inherited, but in some cases the changes happen before birth in people whose parents don’t have them. People with Li-Fraumeni syndrome are at higher risk for developing gliomas, breast cancer, soft tissue sarcomas, leukemia, adrenal gland cancer, and certain other types of cancer; it is caused by changes in the TP53 gene.

To surgically remove a benign or malignant brain tumor, a craniotomy is performed. An incision is made in the scalp and the tissue is peeled back to reveal the skull. A special saw is used to cut out a plate of bone. Then the outer membrane, the dura mater, is cut open to expose the brain’s surface. In most cases the removed piece of bone is reattached with metal screws and plates, wires, or stitches. The patient may have a drain coming out of the incision that allows excess cerebrospinal fluid (CSF) to leave the skull. Other drains may be in place to allow blood that builds up after surgery to drain from under the scalp. The drains are usually removed after a few days. If a tumor blocks the flow of the CSF, it can increase pressure inside the skull. This can cause symptoms like headaches, nausea, and drowsiness, and may even be life-threatening. To drain excess CSF and lower the pressure, the neurosurgeon may put in a silicone tube called a shunt (sometimes referred to as a ventriculoperitoneal or VP shunt). One end of the shunt is placed in a ventricle of the brain (an area filled with CSF) and the other end is placed in the abdomen or, less often, the heart or other areas. The tube runs under the skin of the neck and chest. The flow of CSF is controlled by a valve placed along the tubing. Shunts may be temporary or permanent. They can be placed before or after the surgery to remove the tumor. Placing a shunt normally takes about an hour. As with any operation, complications might develop, such as bleeding or infection. Strokes are possible as well. Sometimes shunts get clogged and need to be replaced.

Most patients will in the hospital for about 3-4 days. Complete recovery can take 4-6 weeks or longer (the incision will appear to be healed on the outside but will still be healing internally). Walking is essential to a smooth recovery and should be a part of each day’s activities in the recovery period. Patients should not lift anything over 10 pounds and should avoid activities that have a risk of falling, for at least 6 weeks after surgery.

To learn more about brain cancer and 25 other cancers, consider becoming a Cancer Exercise Specialist 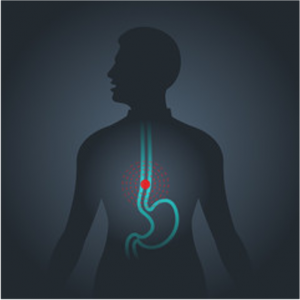