More and more studies are agreeing that alcohol may increase cancer risk, certain cancers more than others. Alcohol is a legal, sedative drug that changes the way we feel. Pure alcohol is a colorless, odorless, and inflammable fluid that does not contain any nutrients for the body. Alcohol is the common term for ethanol or ethyl alcohol, a chemical substance found in beer, wine, and liquor, as well as in some medicines, mouthwashes, household products, and essential oils; whatever the form, alcohol may increase your risk for cancer.

Alcohol Content in different kinds of Beer, Wine, and Liquor

Evidence of the Link between Alcohol Consumption and Cancer Risk

In its 15th Report on Carcinogens, the National Toxicology Program of the US Department of Health and Human Services lists consumption of alcoholic beverages as a known human carcinogen. The research shows a distinct correlation between the amount of alcohol a person drinks, and a higher risk of developing an alcohol-associated cancer.

Clear patterns have emerged between alcohol consumption and the development of the following types of cancer:

How Does Alcohol Increase the Risk of Cancer?

Alcohol may cause damage to body tissues by acting as an irritant, especially in the mouth and throat. Cells that are damaged may try to repair themselves, which could lead to DNA changes in the cells that can be a step toward cancer.

In the colon and rectum, bacteria can convert alcohol into large amounts of acetaldehyde; a chemical that has been shown to cause cancer in lab animals.

Alcohol damages the liver, leading to inflammation and scarring. As liver cells try to repair the damage, they can end up with mistakes in their DNA, which could lead to cancer.

Alcohol can act as a solvent, helping other harmful chemicals, such as those in tobacco smoke, enter the cells lining the upper digestive tract more easily. This could explain why smoking and drinking is much more likely to cause cancers in the mouth or throat than either one by itself.

Alcohol may increase cancer risk by  lowering the body’s ability to absorb folate from foods (cells in the body need Folate to stay healthy). This is a bigger issue in heavy drinkers who often do not get enough nutrients, folate included, in their diet. Low folate levels may play a role in the risk of breast and colorectal cancers.

Alcohol can raise body levels of estrogen (a hormone important in the growth and development of breast tissue) and can affect a woman’s risk of breast cancer.
Alcohol use during and after Cancer treatment

The American Cancer Society states that alcohol use during cancer treatment can contribute to the development of new cancers. Even in very small amounts alcohol can irritate, and sometimes make worse, mouth sores caused by chemotherapy. Alcohol can also interact with some drugs used during cancer treatment, which might increase the risk of harmful side effects. Your client should speak to their doctor about the possible contraindications with their personal treatment plan.

Alcohol may increase cancer risk because alcohol is nothing but wasted calories, which can contribute to weight gain in some people. Many of you will be struggling with weight gain during and after your treatment has ended, and alcohol will only serve to make the problem worse and……alcohol may increase your risk for cancer (a second time)!

Just how alcohol may increase cancer risk is cumulative – weakening the body and its defences to succumb to the power of cancer cells. Reducing alcohol intake is totally within our control, drastically reduces oxidative stress on the body. Oxidative stress is a major culprit in all of our chronic illnesses including depression, heart disease, auto immune disorders, focus and of course cancer.

Living a life to prevent cancer is the healthiest lifestyle of all. Yes, alcohol may increase cancer risk, and every aspect of our psychological and physical being. 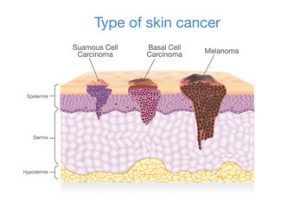