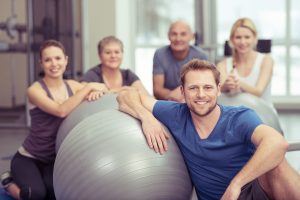 A growing body of evidence continues to support previous research about the cancer-fighting benefits of exercise and the link between physical activity and cancer prevention. Experts are now creating guidelines on diet and exercise, which for the first time puts exercise on an equal footing with nutrition. “We now believe physical activity is a primary component of preventing cancer,” says Abby Bloch, chairwoman of the American Cancer Society’s advisory committee on nutrition and physical activity.

Until recently, definitive scientific proof has been elusive, evidence withstanding. While most of the clear benefits of exercise, such as weight loss, can be seen relatively quickly, its impact on cancer can take years. And the relationship has never been as clear-cut as that between smoking and lung cancer, for example, or sun exposure and skin cancer.

In recent years, however, scientists have begun to connect the dots between regular sustained workouts and the prevention of several types of cancers, among them intestinal, endometrial, colon, breast, and lung.

A survey-based on information collected over a 23-year period in a research project called The Copenhagen Male Study found that regular exercise can help prevent intestinal cancer. The study comprised 5,000 men divided into four separate groups ranging from those who exercise very little to those who exercise a lot. Doctors examining the material believe that moderate physical activity strengthens the immune system and therefore helps prevent cancer from developing.

How Can Exercise Prevent Cancer? 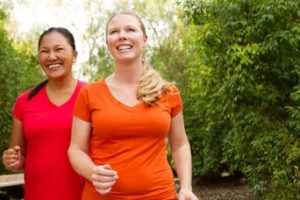 “My study shows that just by walking or cycling regularly, by taking what one calls regular physical exercise, can prevent this very serious and very common form of cancer. Several other studies have had similar results, and one can now say that any doubt has been dispelled, ” said Doctor Inge Haunstrup Clemmensen from the Cancer Foundation to the daily newspaper Politiken. The doctor also stated that the evidence from the study results indicate that moderate physical activity also reduces the risk of cancer of the esophagus.

“Another closely related theory is that we know that increased activity increases intestinal function. As a result, the harmful contents that could constitute a cancer risk are present in the organism for a much shorter period of time and therefore lessen the risk,” said Clemmensen to Politiken.

A recent study revealed that physical activity prevents endometrial cancer and breast cancer according to a study involving 850 women. The more the study subjects exercised, the less their odds of being diagnosed with cancer, even if they were considered “at-risk” for the disease.

The science has gotten to the point where it has attracted a lot of attention, and I predict the next decade (of research in this area) will be a very exciting time, ” says Steven N. Blair, an epidemiologist with the Cooper Institute for Aerobics Research in Dallas’ Texas, who is studying the relationship between lung cancer and exercise.

Blair is studying the effects of exercise on lung cancer, and his preliminary results suggest that higher fitness levels are associated with a lower risk of developing the disease. In his study, unfit men were about twice as likely to die of lung cancer than fit men, he says. 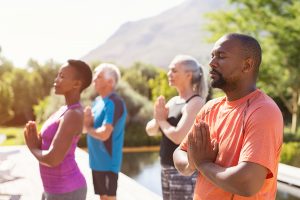 “Fitness protects, whether you are a smoker or not,” he says, although he is not exactly sure why. He doubts the reason is that exercise improves lung function. Rather, it is more likely that exercise strengthens the body’s immune system, believed to play a significant role in staving off the onset, or worsening, of many types of cancer. 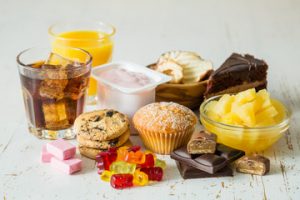 Experts believe that one-third of the annual cancer deaths can be attributed to diet and sedentary habits, with another third due to cigarette smoking; thus, lifestyle choices have become increasingly important. To be sure, genetic inheritance influences cancer risk, too, but most of the variation in cancer risk across populations and among individuals is due to non-inherited factors.

Those who regularly exercise tend to practice other healthful habits. They are less likely to consume saturated fats – especially animal fat – and are more likely to eat increased fiber and to shun cigarettes. They also are leaner than average, which helps, because obesity is a risk factor for many cancers.

The most compelling evidence thus far tying exercise to cancer prevention involves cancers of the colon and breast, although scientists suspect that exercise also might play a role in lowering the chances of prostate, lung, non-Hodgkin’s lymphoma, ovarian, testicular, and uterine cancers. Unquestionably “there are lower cancer death rates in both men and women” who are physically fit, says Blair, who is the Cooper Institute’s director of research. “Active and fit people have less of a chance of dying of cancer.” 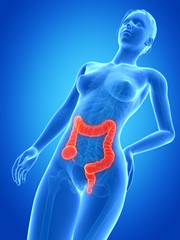 Colon cancer, one of the nation’s leading cancer killers, is the one cancer where the impact of exercise appears indisputable. Numerous studies have shown that exercisers have a substantially lower risk – some studies have shown it to be as much as 50 percent – of developing colon cancer than couch potatoes.

“The epidemiologic evidence for a preventive role for physical activity is strong and consistent for colon cancer,” says Aaron Blair, brother of Steven Blair and chief of the occupational epidemiology branch of the National Cancer Institute, part of the National Institutes of Health.

Most experts theorize that the reason for this is that exercise accelerates the movement of material through the colon, and cancer-causing substances don’t have time to linger – and make trouble – because they leave the body quickly

The fact that exercise is now being shown to prevent cancer is important for one more reason: it proves that cancer is systemic, not local. In other words, cancer is a whole-body failure, not just a specific tumor or lesion that can be surgically removed or targeted with radiation. Because cancer is a systemic failure, it must be treated holistically — that is, the whole person must be considered: their physical health, immune system function, mental health, spiritual health, and of course their day-to-day activities such as eating and exercising. 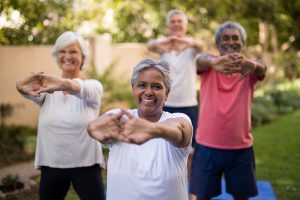 Recently, an editorial in the British Medical Journal explored the relationship between physical activity and cancer. Epidemiologists David Batty from London and Inger Thune from Norway reviewed some of the evidence regarding the wide range of potential cancer-protective effects of exercise. Below are some excerpts and important points from the editorial.

To start, they note that exercise has significant effects on several functions of the human body that may influence cancer risk. These effects include changes in the following:

They note that in the past decade alone, over 200 population-based studies have linked physical activities to cancer risk. The most researched cancers are those of the:

Cancer of the large bowel is the most commonly investigated cancer in relation to physical activity with physically active men and women experiencing around half the risk of their sedentary counterparts. Plausible mechanisms of protection include the beneficial effects of exercise on levels of the following substances, which influence the growth and proliferation of cells in the colon:

In addition, exercise reduces bowel transit time and thereby the duration of contact between fecal carcinogens and the mucosal lining of the colon. 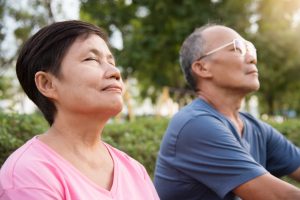 Endogenous sex hormones are strongly implicated in the development of breast and endometrial cancer. Physical activity may modulate the production, metabolism, and excretion of these hormones, so an association with these cancers is biologically possible.

Physical activity may also reduce the risk of cancer through its normalizing effect on body weight and composition. Evidence from population-based studies suggests that occupational, leisure, and household activities are associated with about a 30% reduction in breast cancer rates. Those studies that have explored the link between physical exertion and the risk of endometrial cancer suggest a negative association.

In September, the American College of Sports Medicine released a Canadian study published in its journal, Medicine & Science in Sports & Exercise, that looked at 1,233 cases of breast cancer and 1,237 “controls” (women who did not have the disease), comparing their lifetime physical activity patterns and other factors, including diet, tobacco and alcohol use and family history.

The study found that the greatest risk reduction for breast cancer occurred among those women who engaged regularly in “moderate-intensity” job or household activities, such as farming or household chores.

Such activities appear to be more beneficial than recreational pursuits of any intensity that were performed inconsistently, whether it be an occasional brisk walk or game of tennis.

Earlier research released two years ago from the landmark Nurses Health Study at Brigham and Women’s Hospital in Boston showed that women who exercise an hour a day or more might reduce their risk of breast cancer by 20 percent. Those who work out two to four hours a week experienced a 10 percent reduction in risk.

A smaller 1997 study in Norway found that women who exercised at least four hours a week were about a third less likely to get breast cancer.

Beverly Rockhill, the lead researcher in the Boston study and an epidemiologist at the University of North Carolina at Chapel Hill, says the connection between exercise and breast cancer might be due, to the fact that ‘ exercise reduces the level of circulating estrogens in a woman’s body. Estrogen stimulates the growth of breast cells, which might-encourage cancer.

“A woman is exposed to circulating hormones her whole life. To prevent breast cancer she has to reduce them over a long period of time,” Rockhill says. “What seems to be important is sustained activity. Women need to pick up an activity they can stick with.”

In this study, the nurses who demonstrated a lower cancer risk walked briskly, ran, jogged, and performed aerobics and calisthenics, Rockhill says. Unlike in the later Canadian study, “we did not count such things as easy walking, gardening or housework,” she says.

But Rockhill warns that women shouldn’t necessarily overdo it. “They have to tread a fine line between too much and too little exercise because too little estrogen can increase the risk of heart disease and osteoporosis,” she says.

Postmenopausal women taking hormone replacement and who exercised enjoyed the same protective benefits, Rockhill says. One possible explanation is that the production of natural estrogen was probably reduced; after menopause, estrogen is produced in the fat cells, rather than in the ovaries. Women who exercise are typically leaner and would produce less natural estrogen as a result.

Since athletes show lower levels of circulating testosterone than non-athletes, and testosterone influences the development of prostate cancer, this has led to the hypothesis that physical activity may protect against this cancer. Most, but not all, studies suggest a protective effect.

Although physical activity improves pulmonary ventilation and perfusion, which may reduce both the concentration of carcinogenic agents in the airways and the duration of agent-airway interaction, the association of activity with lung cancer has received relatively little attention. Findings from most, but not all, studies suggest a negative relation.

Exercise as a Cancer Treatment 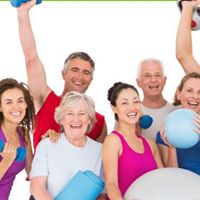 In addition to the apparent role of exercise in the prevention of some cancers, there is growing interest in and evidence of its use in the treatment and rehabilitation of patients with cancer. Physical activity may reduce the likelihood of recurrence and enhance survival through its capacity for doing the following:

Since exercise seems to have protective effects against some types of cancers and does not increase the risk of any cancer, it should be more actively encouraged. They state that “in light of the decreasing population prevalence of total physical activity, doctors should advocate moderate endurance-type activity, such as walking and cycling. As well as reducing the risk of chronic diseases such as coronary heart disease and non-insulin-dependent diabetes, such physical activity does seem to protect against some cancers.”